Development diary #6 Past and future

In light of reaching 1000 daily active players, as well as to shake the dust off  from our site we prepared a new issue of the development diary. We'll tell you how the open testing is going and also will share our future plans.

We first released Wasteland punk in November. There was a plan just to test client and server stability with players from around the world. But we were in for a big surprise. The launch time coincided with an event on the PocketGamer website, where various streamers would play mobile indie games. We managed our way into it. Build with some starting content was ready so we started to wait. At first all went just as we expected. A few dozen people from around the world installed and played the game. But after several hours everything changed.

At one moment we’ve got an anomaly amount (far above our expectations) of new installs. Most of them come from CIS countries and especially Russia. Thousands of people installed the test build, played for several hours and came to our support email and discord server to demand more content. Reason for that was the report on the news site app-time.ru. They made an article about the PocketGamer event and covered our project as well. They even posted a video about it the next week. We didn't contact them in any way prior to it and we are still very grateful for that coverage.

These new players started to create a small but friendly and comfy community in our Discord. They gave us a lot of useful feedback as well as an outside view on ingame systems and gameplay. Which allowed us to fix non-obvious problems and make Wasteland Punk a better game. We hope that you won't stop helping us in the future so we’ll make Wasteland Punk one of the best games on mobile.

We launched the first big content update in March. Road to Iron forest was finally open. There you met Richard Iron fist and faced Rezak in a fierce battle. Update was a success. The battle with Rezak was the first combat where players had to figure out how to deal with the enemy. When we saw how each of you found it's own way to defeat him we were very happy. One of the main design philosophies we usinguse when designing Wasteland Punk is to give playersgive to players reasons and means to find their own way to resolve in game situations and challenges. And seems like Rezak was one of the first bosses who met that criteria perfectly. Some of you used 4 glass cannon damage dealers to kill him. Others tanked the hell up and his fierce attack was lowered to mere shadow of itself and so on.

Future and changes in combat mechanic

Currently the way the game decides who goes first in combat is very simple and transparent. Character with the highest speed goes first. It’s not bad on paper. It provides tactical choice for players and allows them to focus on speed, or other stats... It was very easy to understand. But in reality it created a lot of inconsistencies in the difficulty curve, and shallow combat experience overall. Moreover if we use the same system for PvP matches, they would become a joke. So we decided to change it.

From the next update when combat starts the system will divide characters in pairs, based on their speed stat. In each pair characters will compete to decide who goes first in pairs. Then we will put pairs on the initiative line from fastest to slowest, assign them some amount of AP and start the battle. Here’s some top-notch diagram to explain it better(maybe).

In this update we will add the ability to configure how your mercenaries act in auto combat. There will be an opportunity to determine the type of targets skill use on. And targets parameters such as it's health, and amount for AOE skills. You will be able to save several templates for each character class. They will be saved on your phone for now. Remember that these templates will be used for your characters in PvP while you are absent. 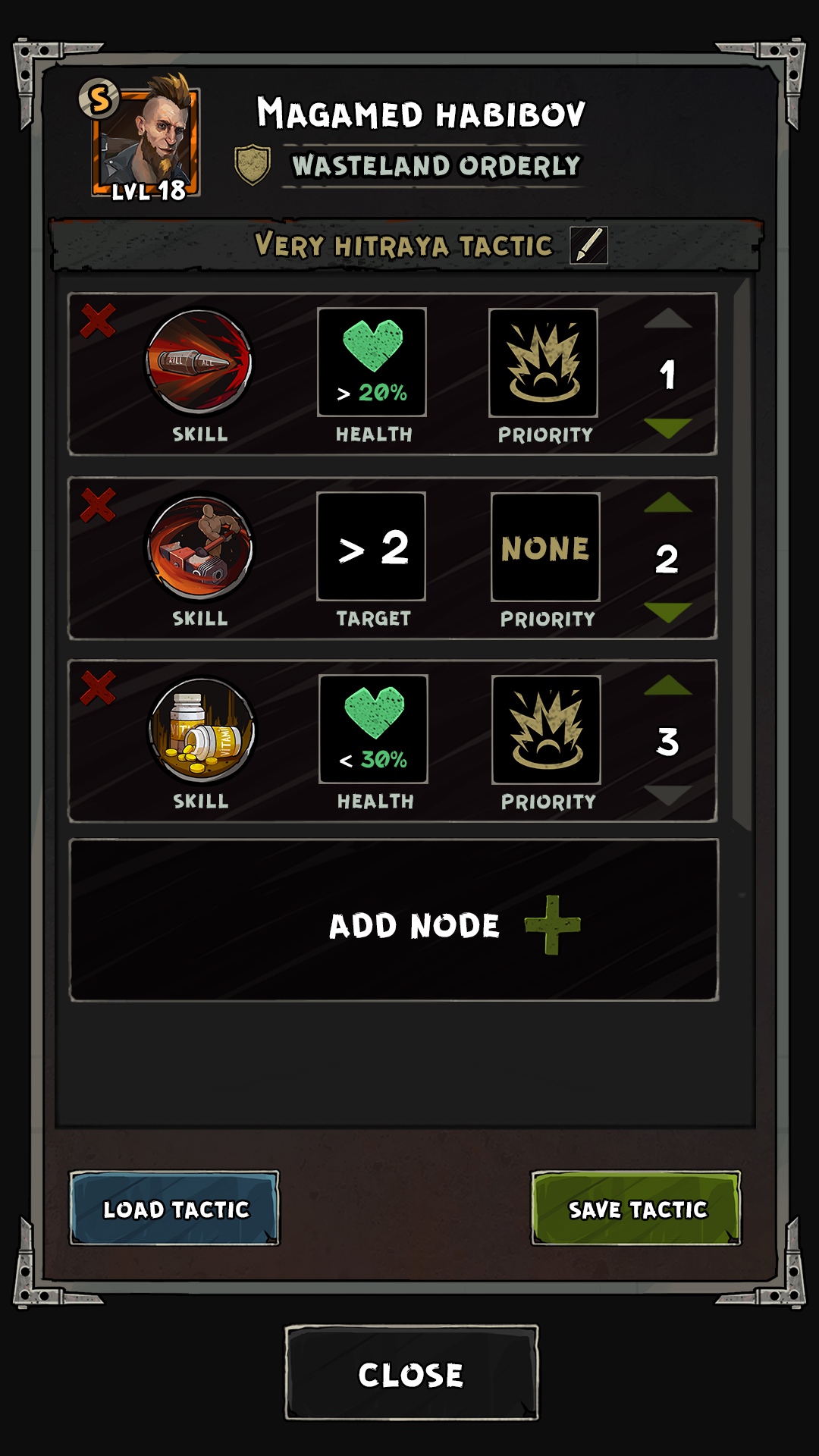 We are currently working on PvP combat as the next big feature. At the start we add 1v1 ranked matches. You will be able to use auto combat or control your characters manually. For participating you will get special currency and rating points. First you can spend to unlock different item blueprints and other rewards. Rating points will determine your position on the ladder. Higher you are - the better reward you will get at the end of a season. 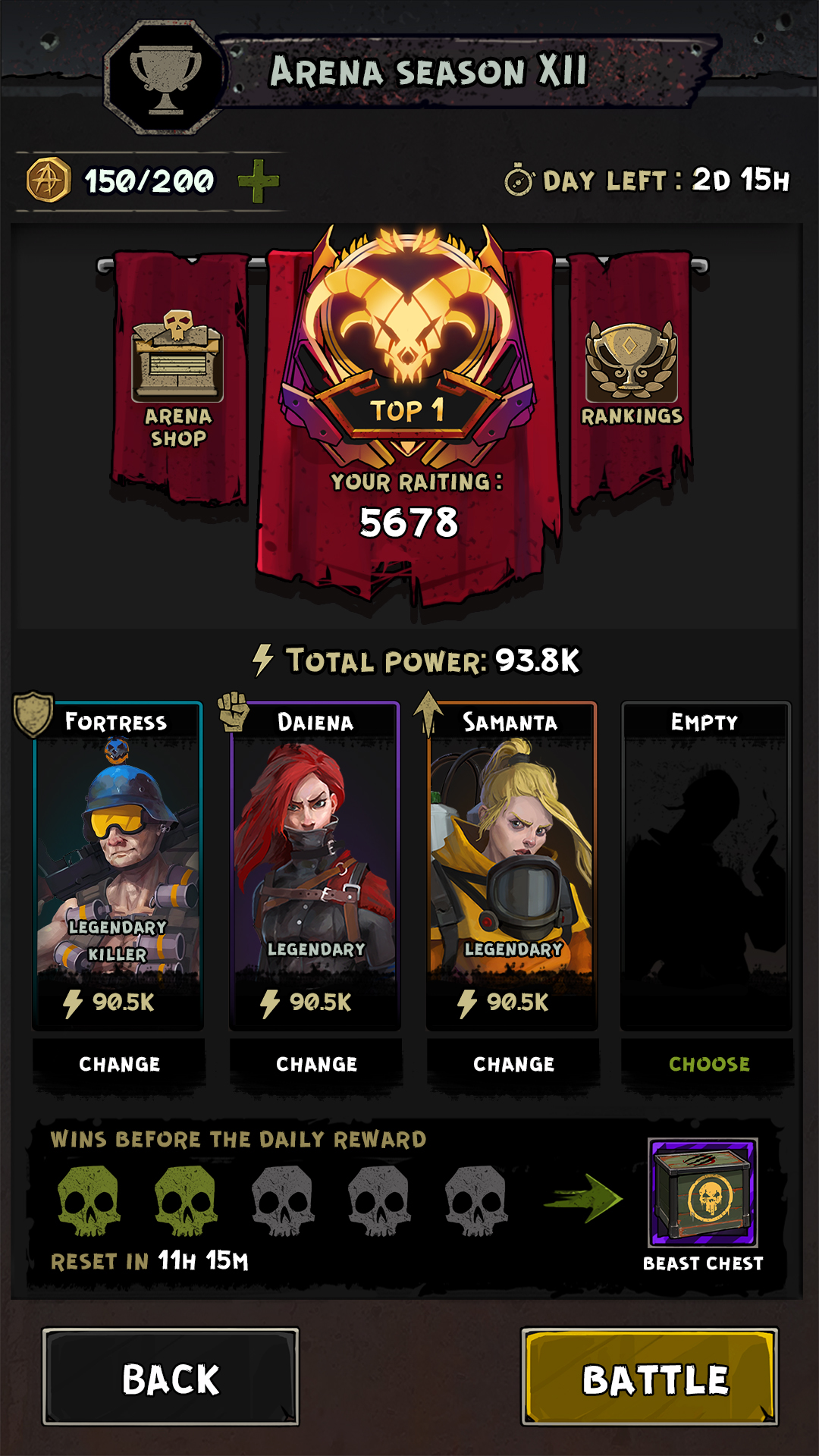 We are working on adding a 4th location to the game. Currently we finalized dialogs and overall plot. We will start adding quests and other stuff in near future. For now here is a little teaser of the starting 4th location area. 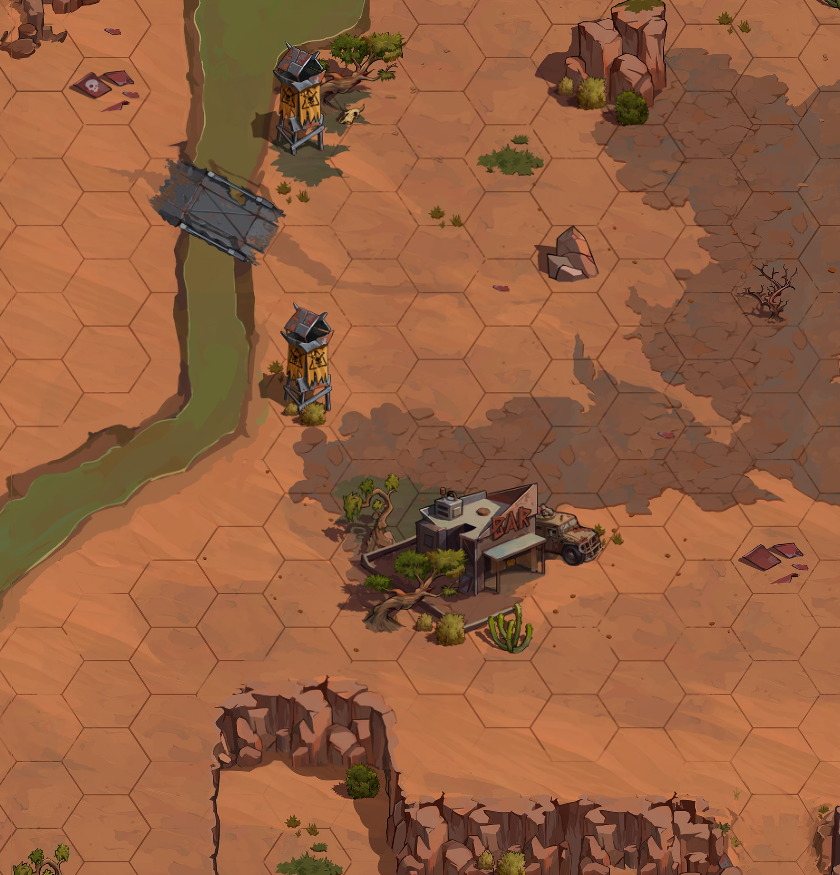 That's all for now. Write your comments and ideas about the game and this issue on our discord server!